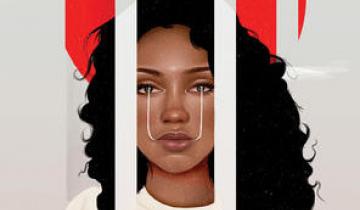 Join the Student Experience Office and Queen’s Reads for an event featuring playwright Amanda Parris as she discusses her play, "Other Side of the Game" (Queen’s Reads 2020-2021 selection).

This author talk will be available to attend over Zoom, on Wednesday, March 10, from 5-6:30 pm EST.

This screening is open for anyone who would like to register. Registrants will be sent an email link to access this event.

Each year students, staff, and faculty chose a book for our community to read together in order to encourage people to listen to and be inspired by underrepresented voices and stories. This year features Amanda Parris', "Other Side of the Game".

"Other Side of the Game" is Amanda Parris’ striking debut. In it, she turns the spotlight on the Black women who organize communities, support their incarcerated loved ones, and battle institutions, living each day by a ride-or-die philosophy, strengthening their voices and demanding to be heard. In the 1970s, Beverly walks into an office of Black activists, wanting to join the Movement, and has to prove she’s angry enough to fight. Some forty years later, in the Hip Hop Generation, Nicole reunites with her ex-boyfriend on a basketball court, wondering where he’s been, when a police officer stops them.

Amanda Parris is a Canadian broadcaster, writer, and playwright. She is the arts reporter and producer for the Canadian Broadcasting Corporation, hosting the CBC Television series "Exhibitionists", "The Filmmakers" and "From the Vaults", as well as the CBC Music radio series, "Marvin's Room". Amanada also writes the weekly column "Black Light" for CBC Arts.

Prior to joining the CBC, Parris co-founded "Lost Lyrics" with Natasha Daniels, an arts education program that used theatre, dance, poetry, film and music to reach youth at risk of dropping out of school.

Amanada has also worked as the managing director at "The Remix Project", and spoken at U. N. conferences in Durban, South Africa, and Naples, Italy, amongst many other accomplishments.

"Other Side of the Game" is Amanda's debut as a playwright. It was staged by Toronto's Obsidian Theatre and Cahoots Theatre in 2017 and published as a book in 2019. After it was published, it won the Governor General's Award for English-language drama.

We look forward to seeing you there!