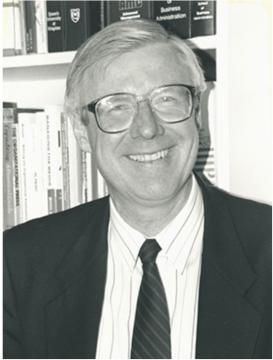 The Queen’s community is remembering Paul Wiens, former Queen’s University Librarian, who passed away on Nov.19 at the age of 77, in Ottawa.

Wiens served as University Librarian from 1991-2010 and helped guide the library through a number of transitions including the building and opening of Stauffer Library, renovation of Douglas Library, the establishment of library services for students with disabilities, and the transition into the digital era. Wiens was actively engaged in national initiatives leading to developments such as the Canadian Research Knowledge Network (CRKN).

He is remembered fondly by many of his former colleagues for his ever-present smile, marvelous laugh and zest for life, his admirable listening skills, ability to empower colleagues, and his encouragment for people to stop worrying, often proclaiming “everything will work out” and they always did. He truly built a sense of community in the library world.

Raised in Saskatchewan, his Mennonite roots shaped his outlook and approach to life. Wiens completed his studies at the University of British Columbia. He enjoyed a long, fulfilling career as a University Librarian that saw him move across the country, with periods at the universities of Waterloo, Manitoba, Lethbridge, and Saskatchewan, before arriving at Queen’s.

A private service was held on Saturday, Nov. 28. A recording of the ceremony version is available online.

We are honoured to have known and worked with Paul Wiens at the library.